Fallgrim Tower is a Location in Mortal Shell. The tower is all that remains, a vestige of the fledgling race and its progenitor. It holds only a memory of the forefather and his flock. The wilds encroach, grasping at the hidden names, eroding mantras once etched in stone.

NPCs in the area

The Fallgrim Tower acts like a Hub where players can manage their Weapons and Shells, resupply with Vlas and speak with The Old Prisoner to advance through the story.

On the lower level you'll find Sester Genessa, and the reserved space for all Shells. If you there's a shell you have not yet acquired, you can sense where it is by using the interaction button. There's a tunnel leading to the back area of the tower. If you attack the left wall you can uncover the "You'll have to raise" etching and acquire 1x Glimpse of Wisdom.

On the Upper level you'll find the Weapon Slots, a Workbench and the Old Prisoner who is being held captive by the Tarnished Seal. You can also find the Tattered Vestment dropped on the floor. Later in the game, you'll also find Thestus who can summon or cancel The Mist by spending a single Glimpse. You can also find Vlas by going up the stairs located on the back, outside the tower. 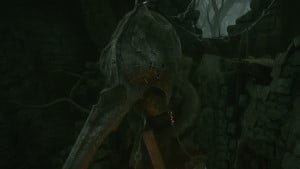 The first time you interact with the Old Prisoner you'll acquire the Tarnished Seal along with the Seal Infusion - Healing. He will ask you to retrieve Glands for him, and he will provide you with Tarnished Seal Abilities in return. Once you've retrieved all the Glands, he will release himself from captivity and a hole will appear. Once you enter the hole you'll have to fight him as The Unchained. 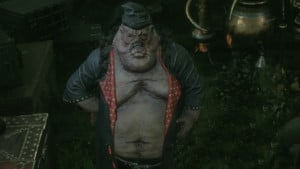 Vlas can be found on the back, outside the tower. Climb the stairs and you'll find him. He provides Merchant services and will also sell you Tools which are required to repair and acquire the Ballistazooka. 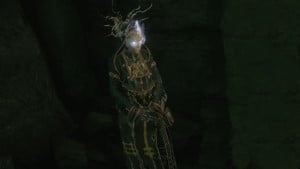 Sester Genessa will allow you to spend Tar and Glimpses to unlock your Shell Abilities. Once you've unlocked all the abilities of a Shell, she will provide you Merchant services in exchange for glimpses. She will also act as a checkpoint in case you die. 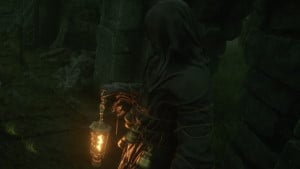 Thestus will appear at the second floor of the Fallgrim Tower after you recover the first gland. If you pay him 1 glimpse, Thestus will summon or cancel The Mist at will.

While inside the Mist, the Fallgrim layout won't change, but Enemies will be replaced by Ghouls and Grisha.

During The Mist you will also be able to open the Frog Chests scattered around Fallgrim. 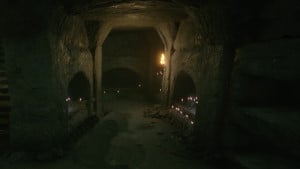 You can interact with the empty spaces to watch a short cinematic of their current location.

Once you own a Shell, you can use the interaction button to swap between them 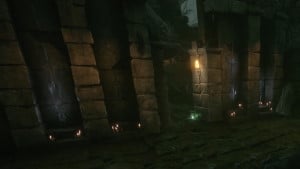 You can interact with the empty Weapon Slots to sense where they are located. Once you own a Weapon, you can use the interaction Button to Swap Between Them 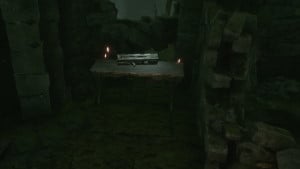 You can use the Workbench to upgrade the Weapon you are currently holding, and the Tarnished Seal.

You can only fix the Ballistazooka by using the workbench located at the Fallgrim Tower. To do so, you'll need to purchase Tools from Vlas for 8,000 Tar.